A few months ago I wanted to see if it would be possible to control my Model 3 with Siri. After a lot of research/procrastination1, I’ve finally come up with a set of shortcuts2 (based on the unofficial Tesla API) that I’m happy enough with to share. You can download all the shortcuts here, but pease read on for a guide on how they work and why you might be interested in using them. 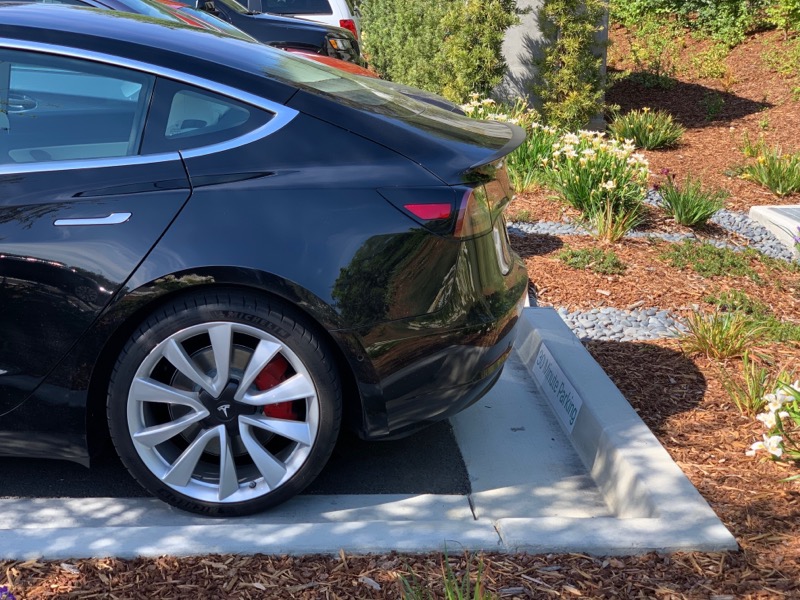 I’ve put together twelve shortcuts in total: three administrative, and nine actions. Let me briefly explain what each of them does.

The first shortcut that you have to run is Setup Tesla. As the name implies, this is the setup script. It’ll ask you for your Tesla email address, grab your Tesla password from your Clipboard, then ask what your preferred climate temperature is (in °F). It’ll
then save your login and temperature preference in iCloud Drive (in a file named ‘Tesla Preferences’ in your Shortcuts folder). Your password will be encrypted before it’s saved. Don’t worry if you forget to copy it before running the shortcut - you’ll be reminded to go do that and return to the Shortcuts app.3

Once your preferences are set up, you probably won’t need this shortcut anymore - but there are a few reasons to keep it around. Running it again will let you:

The second administrative shortcut is Authenticate Tesla. This is the backbone of all nine action shortcuts, but you never need to run it individually. It grabs your email and encrypted password from your preferences file and uses those to connect with your car. Once authenticated, it’ll wake up the car (and make sure that it’s awake) then pass on an access token that the action shortcuts need to work.

The last administrative piece is Control Tesla. This is the launchpad for all the shortcuts that I’m sharing here. All it does (for the most part)4 is present a menu that lets you pick between the supported actions and runs one of them. It works conversationally in Siri, through the Shortcuts widget, or, of course, through the Shortcuts app.

As a result of it simply being a controller for the other action shortcuts, Control Tesla is pretty much useless on its own. This was intentional; I could have combined all the shortcuts into a Frankenstein master shortcut, but this approach allows the other shortcuts to function on their own (e.g. You can say “Hey Siri, Turn Climate Off” without having to go through the Control Tesla menu first).

You can say any of those commands to Siri to perform the action on its own, or say “Control Tesla” if you don’t remember the exact name. Only Control Tesla will show up in the Shortcuts widget by default but you can easily put any or all of these actions there too.6

Why should I use this?

If you happen to open and read through the shortcuts, I hope you’ll see just how much work went into making them. I took a lot of care in making sure that each shortcut is laid out logically, well-documented, checks for potential errors wherever appropriate, provides lots of options, and more. Yet you might be wondering why I bothered to do so. After all, Tesla has a pretty good app that accomplishes everything that my shortcuts do.

The first reason that I built these is speed. Let’s use the example of turning on your car’s climate: As it stands you need to launch the Tesla app, wait for it to connect to your car, go to the climate section, then tap the arrows until you get to the temperature you want. Instead, I just tap on the Control Tesla widget, tap ‘Control Climate,’ and then I can either tap on my preferred temperature or enter a custom temperature value. I can then put my phone away or wait for the confirmation message.

The biggest distinction is in where the wait occurs. Using the Tesla app, I have to launch the app then wait for it to load before I can do what I want. Using my shortcut, I can do what I want then just wait to confirm that it went well. Let’s use Mail as an analogy. Using the Tesla app feels like I’m launching Mail, waiting a few seconds for it to load, then typing my email and tapping send. Using these shortcuts feel like I’m launching mail and instantly typing my email, then tapping send and just waiting for it to confirm that the email was sent.

It’s been a much more pleasant experience in practice. I can confidently say that, since I’ve gotten these shortcuts to work reliably, I haven’t been using the Tesla app at all. It isn’t just dogfooding — I simply haven’t been in a situation where it would be quicker to use the app instead.

Speaking of reliability, one of the reasons it took me so long to release these shortcuts is because, historically, they had worked super inconsistently. I used to have lots of failures where my car simply refused to wake up in the morning. However, this time around I was able to include a check to make sure that the car did actually wake up. If not, this shortcut will run itself again several times until the car eventually wakes up and connects. With that in place, all these actions have been substantially more reliable for me. I’ve also added additional checks for better error handling in unusual situations (such as when your login information has changed or when your car is being serviced).

Speed aside, I’ve really been enjoying the added flexibility that these shortcuts have brought. This manifests itself in several important ways.

I can control my car from my iPad. There’s no Tesla app for iPad, and I work on an iPad Pro for most of the day. I now no longer have to stop what I’m doing and pick up my phone to check its battery level or turn on the climate. It now just takes a couple of taps and I can get back to what I was doing.7

I can control my car using Siri. With iOS 13.1, Siri can have a conversation with you when running a shortcut. This means that you can go through the menus of Control Tesla (saying things like “Check battery level” or even “the second one”) to control your car hands-free. This has been particularly useful for me while getting ready for work in the morning.

I can control my car using Shortcuts Automation. This is another really cool feature of Shortcuts in iOS 13.1. You can have certain shortcuts run automatically using certain triggers. A few examples: