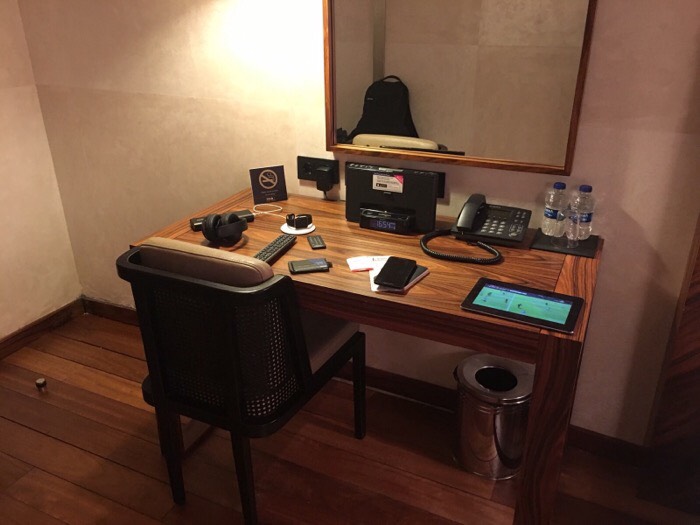 What is Project Fi?

If you haven’t heard of Google’s Project Fi network before, you might want to check out its About page before reading the rest of this but the gist of it is as follows: It’s a cell carrier owned by Google where you pay $20 per month for unlimited domestic talk and text, unlimited international texts, and the ability to use your phone as a Wi-Fi hotspot. Data costs $10 per GB and is pro-rated (so if you use 2.5 GB, you pay $25), and that pricing applies in over 135 countries(!).

The biggest caveat as an iPhone user (and generally as someone heavily into Apple’s ecosystem) is that officially, as of the time of writing, Project Fi only works on three Android phones: the Nexus 6P, Nexus 5X, and Nexus 6. Google says that this is because “these devices are the first smartphones that support our network of networks.” However, if you would like to enroll in Project Fi and don’t have a supported phone, Google will sell you a Nexus 5X or a Nexus 6P for up to $150 off of the retail price. You can also request up to eight data-only SIMs for free with your plan. Together, that’s where things get interesting.

I do a lot of international travel every year. In 2016 alone, I’ve had trips and transits in over 20 different cities across 9 different countries. Unsurprisingly, traditional carriers don’t make it easy to use your phone abroad, with AT&T charging $40 for 200 MB in a limited set of countries (a couple of the ones I visited this year weren’t included) so, as you can imagine, Project Fi piqued my interest early on.

I ordered a Nexus 5X for $199 and a few data-only SIMs, and decided to put them to the test in a little trip that I’m taking right now. The phone itself is fine to look at but, and I was happy getting it just to (finally) have a decent Android phone to play with, but I really just got it to activate the service.

I currently have data-only SIMs in my iPhone 6S Plus, 9.7-inch iPad Pro, and 12.9-inch iPad Pro. After inserting the SIM card, I had to go to Settings > Cellular to turn on Data Roaming (and make sure LTE was enabled), and then go to Cellular Data Options to change the Cellular Data APN to ‘h2g2’ on each device in order to make Project Fi work on iOS. That’s all there is to setting it up.

I haven’t had a chance to test out Project Fi in the United States, and I’ll probably update this list with more results as I keep traveling, but here’s what I have so far:

These tests were taken on all three aforementioned iOS devices through Netflix’s Fast.com with consistent results.

I only mentioned the result from Rome above but I had similar results in Florence, Siena, Cinque Terre, Lucca, and other parts of Italy. (Speeds fluctuated between 3-18 Mbps but I consistently had usable LTE access.)

Thanks to Google and Project Fi, I now have access to data when traveling almost anywhere in the world for just $10 per GB. That’s incredible value — and I suspect that many international travelers would agree, even when factoring in the $20 per month for service and the $199 up-front for the Nexus 5X.

Additionally, after installing the Google Hangouts app on my iOS devices, I can now make (and receive) international calls and texts at a low, variable per-minute rate through Project Fi without having to carry the Nexus 5X with me. I don’t make or receive a lot of calls in general but it’s a nice added bonus, and I’ve already used it a few times on this trip. For example, I was able to call Istanbul from Rome for just 4¢ per minute even though the Nexus 5X was switched off. Rome to Barcelona was 1¢ per minute, Rome to the United States was free over Wi-Fi, and Rome to Accra would have cost me 23¢ per minute. (If I decided to use the Nexus 5X, all calls placed on it would have cost a fixed 20¢ per minute over the Fi Network, or the aforementioned rates over Wi-Fi.)

I wholeheartedly recommend Project Fi — and I say that as someone who actively avoids Google for everything but Search. If Google could get it to work natively on iPhone, I would switch carriers in a heartbeat but I wouldn’t get my hopes up over that happening anytime soon.

When Apple released the 9.7-inch iPad Pro, there was a lot of discussion about the fact that it had a True Tone display that its 12.9-inch sibling does not, but not a lot was made of the fact that it had both a SIM slot and an integrated Apple SIM. I found that interesting at the time because it essentially makes this the first dual-SIM iOS device.

When I bought the iPad, I immediately added it to my AT&T Mobile Share plan using the integrated Apple SIM, remarking at how seamless the setup process was out of the box. After inserting the Project Fi card in to the previously-empty SIM slot, I’m now remarking similar at how seamless the process of switching between carriers is. All I have to do is go to Settings > Cellular Data and tap one of the two options under ‘Choose a Data Plan.’ It couldn’t be easier.

When I got to Istanbul, I only had a Project Fi SIM card in the 9.7-inch iPad Pro (and in the Nexus 5X) because I didn’t want to bother switching a bunch of SIMs until I knew that the service worked. I mean, nobody likes switching SIM cards. It’s a terrible experience. I’m glad that with the smaller iPad Pro, this isn’t something that I’m going to have to do very often. I hope that this bleeds over to the 12.9-inch iPad Pro and becomes a mainstay feature, and that Apple doesn’t just kill the SIM card slot instead (and keep just the integrated Apple SIM around). Thankfully, the Apple SIM still has a long way to go to work in most countries around the world, so I think that the SIM card slot is safe — for the time being, at least.

I also wonder how possible it would be to bring this to the iPhone. It’d be great if I could seamlessly switch between two SIM cards but, given that there would be phone numbers associated with the iPhone, it might be a little more complicated. Or maybe it’s not that complicated and I’m just overthinking this. I guess we’ll find out with the new iPhone in September. Until then, I now have this neat little SIM card holder with me in my backpack!

(I should add for the sake of completeness that the Apple SIM on iPad allows you to switch between carriers, and I could switch have switched from AT&T to GigSky — a pay-as-you-go international data carrier — while abroad, but I’d still need to come up with a solution on iPhone. Coupled with the fact that its rates are largely unfavorable, Project Fi still comes out as a much better option.)